Early in the morning, we had to go to the kindergarten to prepare and decorate the swings with which the girls were going to be swung by the boys. To do this the day before we picked up many flowers and tree branches, all of them very pretty so that the swings would be as beautiful as possible. Moreover, they were beautiful, we decorated them with yellow and white flowers, with branches of different types, big or small, with many or few leaves, the swings were very nice, we loved how they were.

To end this magnificent activity, the director of the museum prepared some typical games. We played three different games, each one more fun than the last. It was a very fun time and we all had a great time. In addition, we discovered what games are usually played here when you are a child, and to our astonishment, they were similar to those in Spain, but not the same. We really liked the game of the captain and the sea “капитане капитане, какво е морето”. After this activity, we are looking forward to teach the children which are the typical Spanish games, and to play all together and have a great time!

By the end, we will play a typical game in some villages in Spain. We are going to be divided into groups, the same groups that we have formed for the workshop. The game is about hitting a bottle that we will paint or cover with the balls. If they hit the bottle, they accumulate points. This was the most fun part of the activity without a doubt, we spent about 30 minutes playing together. At the beginning we put the bottle on a table, being too easy the game. Then we were improvising places to place the bottle, and make it more difficult and fun. All the kids are very good at throwing the ball, we have been really surprised with their ability to throw it. We had a wonderful day playing 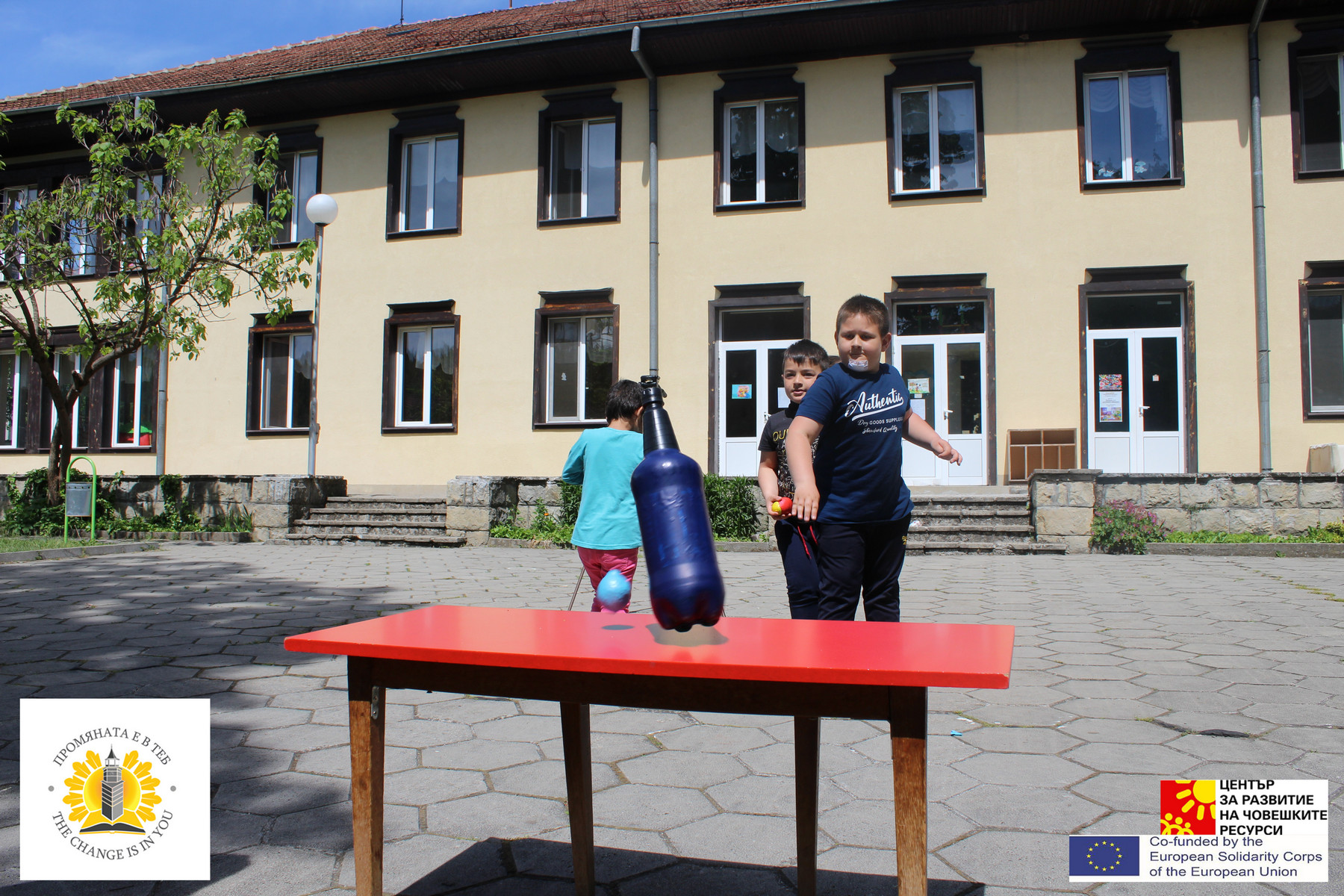 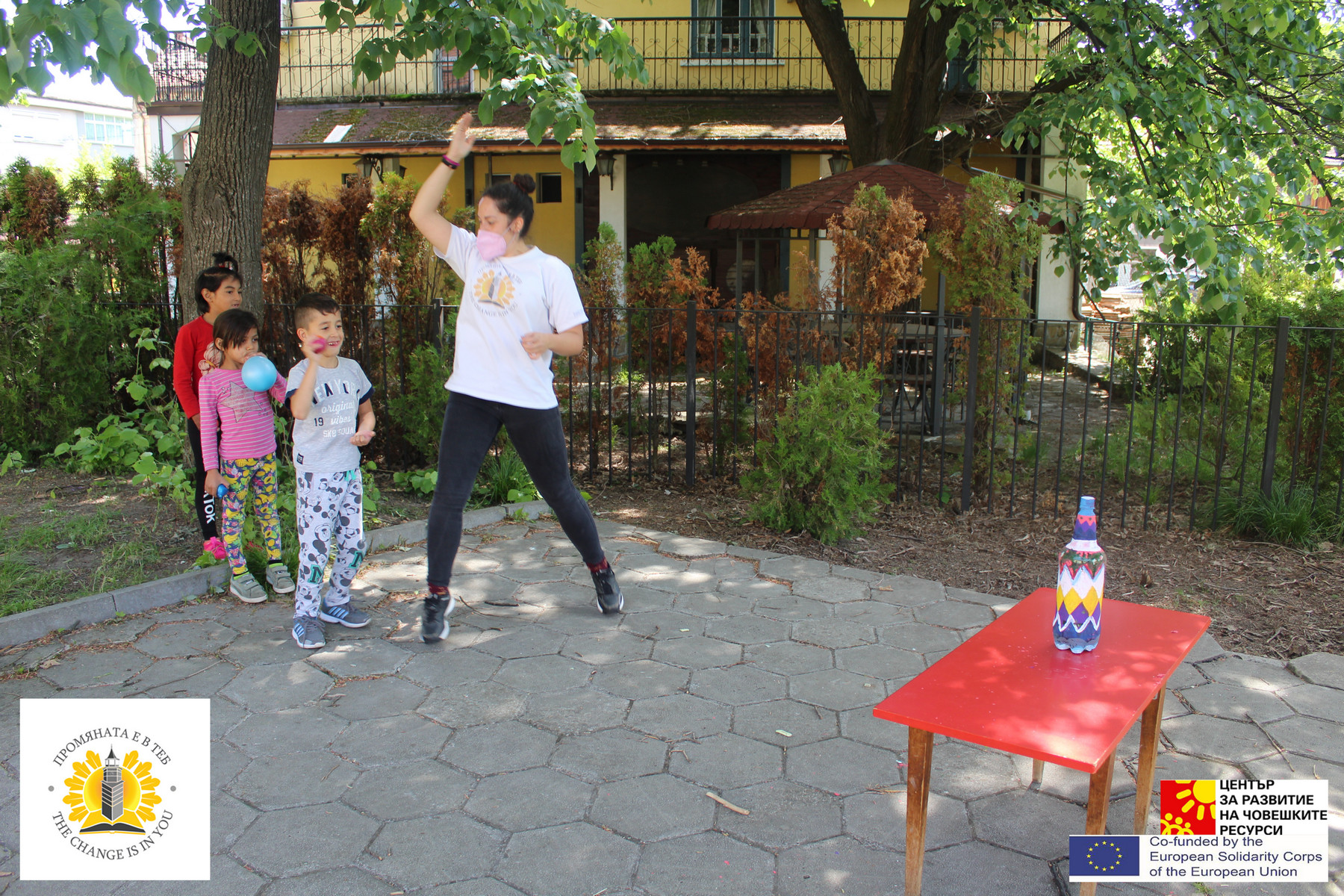 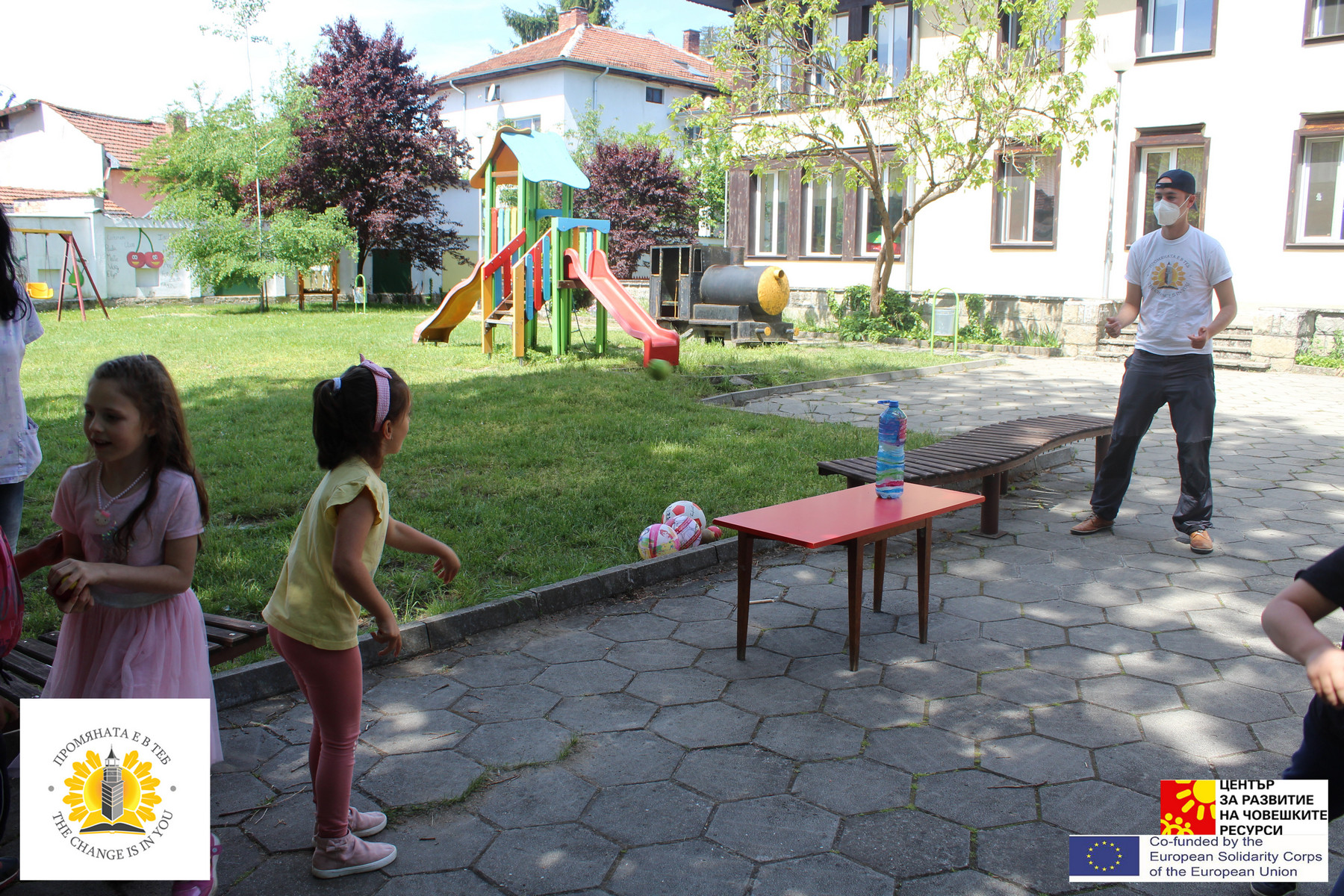 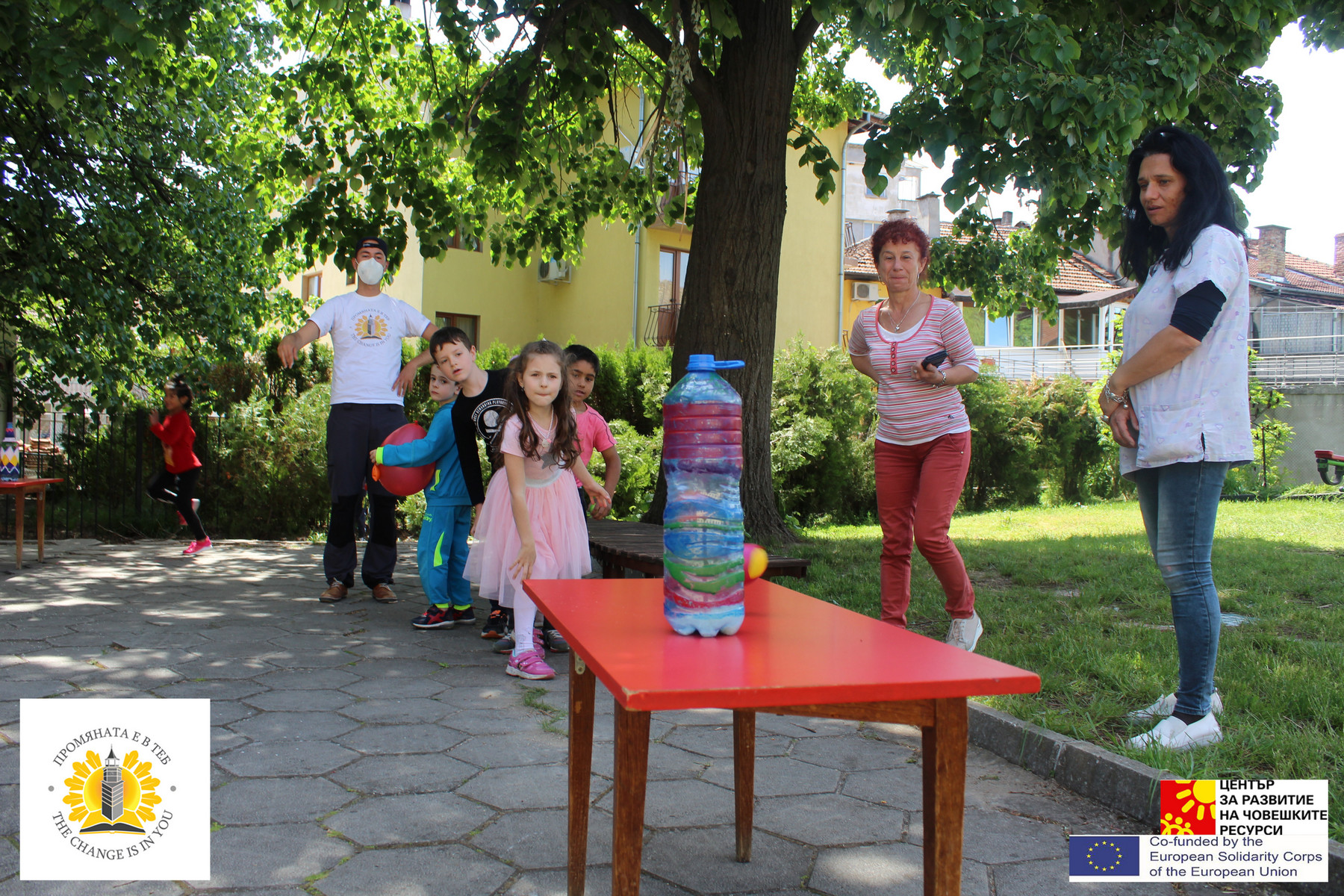 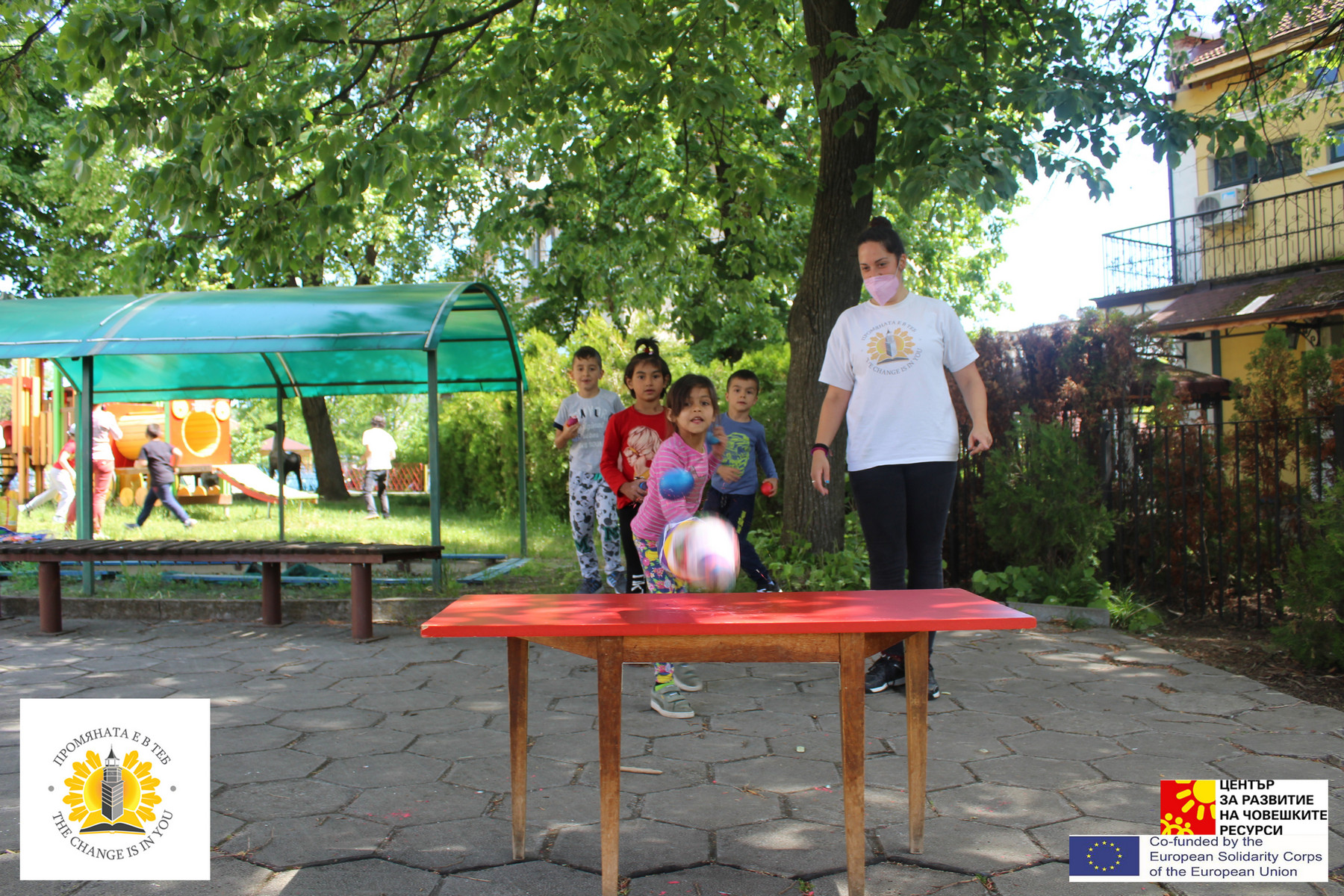 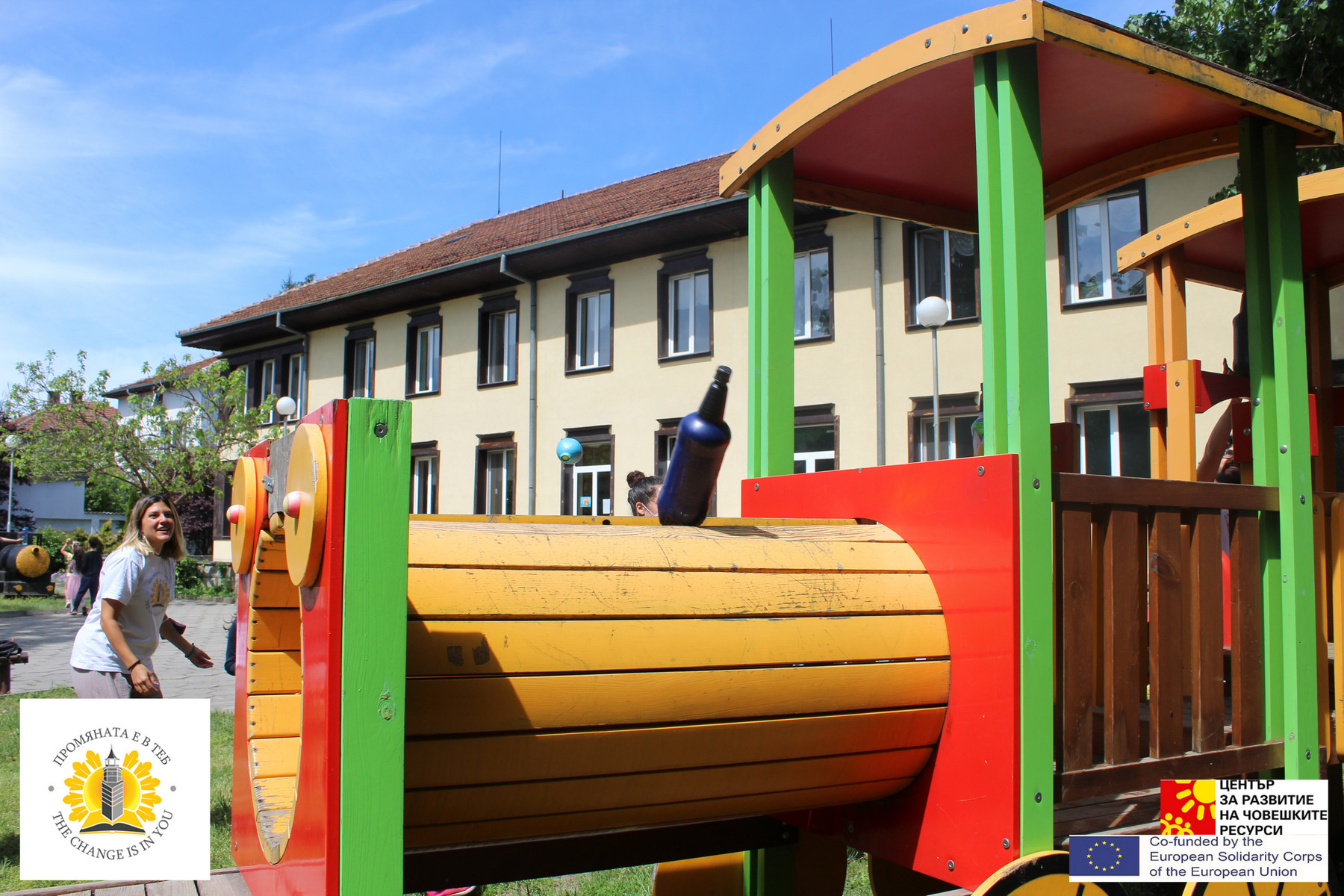 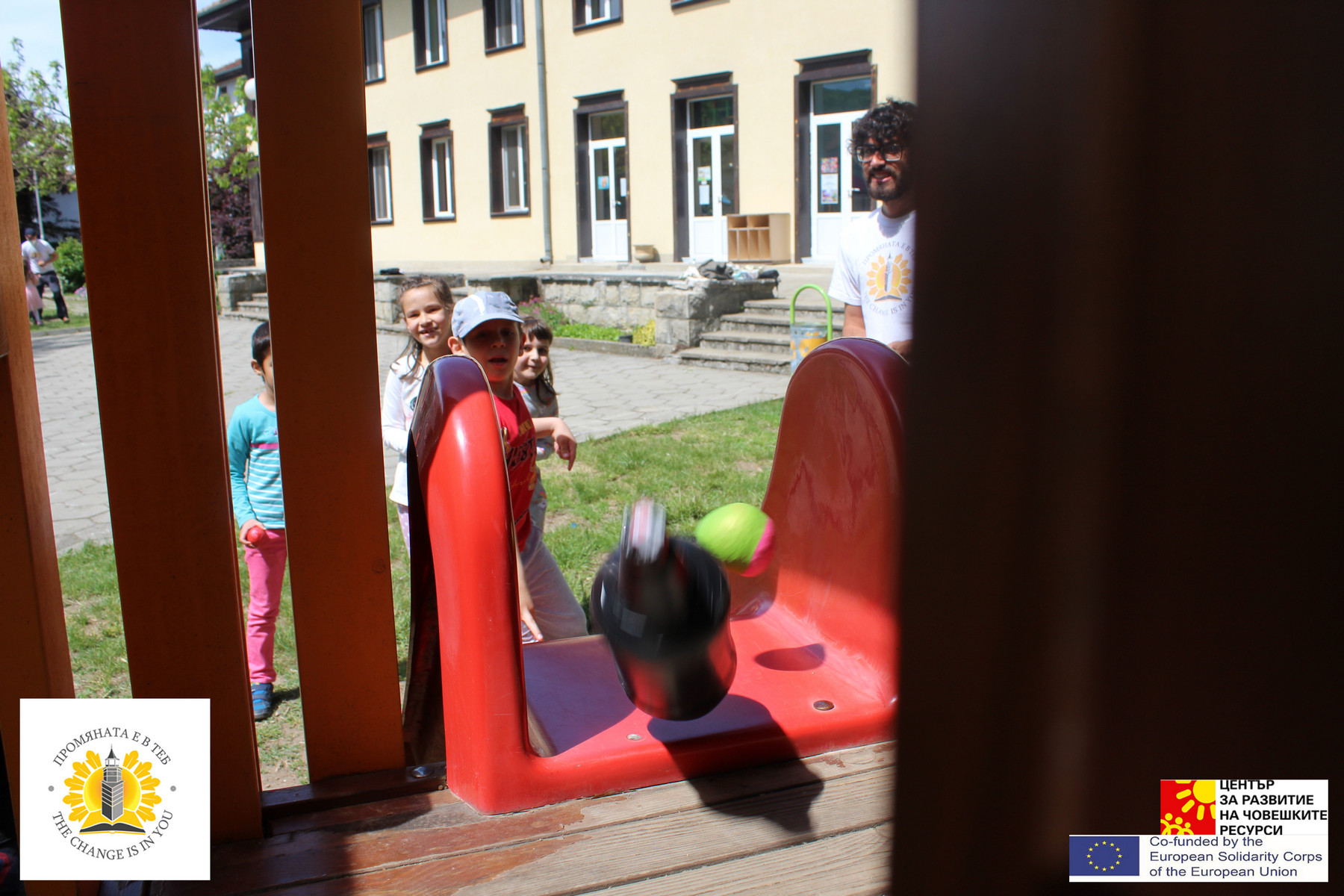 Finally, this activity has consisted of two different days, one day we have known how St. George’s Day is celebrated here in Bulgaria, and the other day we have celebrated this day as it is celebrated in some parts of Spain. In both days, we have had a great time, besides it has been very good to know the culture and activities that are done in Bulgaria. I would like to mention again that we had a great time with the kids, both days were GREAT, LET’S HOPE YOU COME BACK SOON!!!